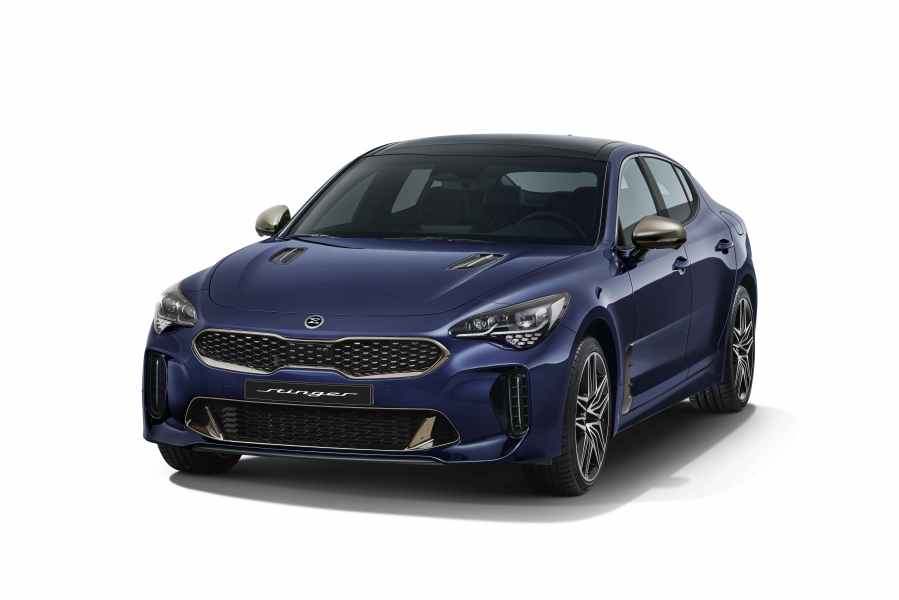 A minor facelift with huge improvements to the interior.

Kia has announced a facelift to the popular Stinger model which includes a revision to both the exterior and interior with the aim of ampliying its ‘gran turimso’ fastback design. On the outside, the most noticable changes have been made at the rear of the car, including a new brake light design – with new LED indicators which when switched on mimic the pattern of checkered flag.

Larger exhaust tips are added as a visual option, which paired with a new rear diffuser gives the car a sportier look. A ‘Dark Package’ optional extra adds gloss black around the exterior trim of the car, including the new ‘Stinger’ badge on the tailgate, and newly designed 18″/19″ staggered wheels are added as an option which Kia believes enhances “the sporty, grand tourer nature of the car”.

If you don’t think its visually distinguishable enough from the current Stinger’s exterior, most of the changes can be found on the new inside. Although the space itself has remained relatively unchanged, Kia has taken their time to improve the design and build quality of the interior, increasing the options list to a variation of new colours and materials. A new 10.25″ infotainment system replaces the older 7.0″ screen, and the introduction of 64-colour ambient lighting further enhances a luxurious experience for occupants.