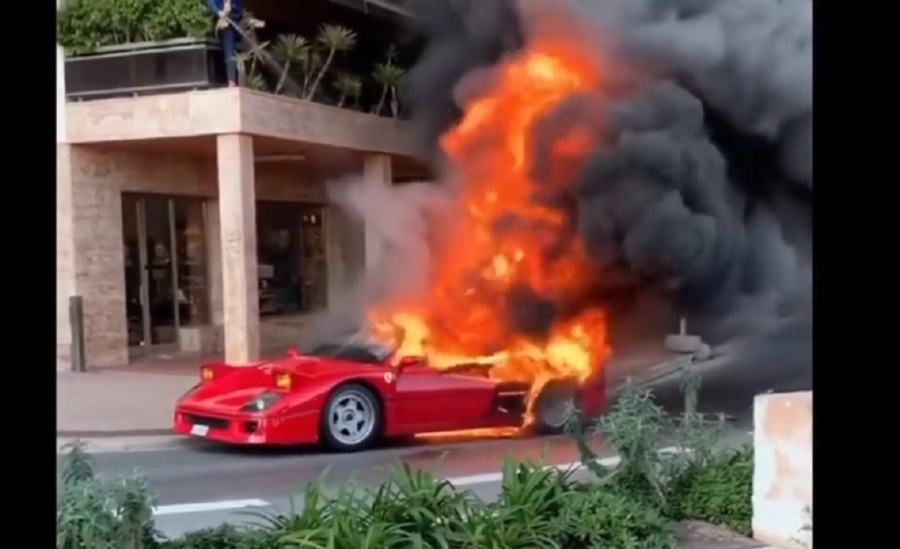 BREAKING: A Ferrari F40 has caught on fire – the owner is seen hopelessly staring at the chaos as a bystander attempts to put it out with a hose.

Being one of the most iconic Ferraris ever made, a sight like this is horrifying for car enthusiasts around the globe. Starting as what we believe was a small fire from the engine bay, it quickly turned to a bellowing blaze and covered the sky in thick black smoke.

We don’t know much about the series of events that occured – however as the extremely rare Italian supercar is engulfed by flames; sires from fire trucks can be heard. We can only assume it’s a little too late to save the F40, as fire sprouts out of the doors and rear of the car – the engine bay and interior suffering catastrophic damage.

The incident happened on the corner of Princesse Grace Avenue and Rond-Point du Portier. You can see the intersection for yourself here.

It’s an incredibly sad sight to behold, so we hope Ferrari can do something to repair this icon.