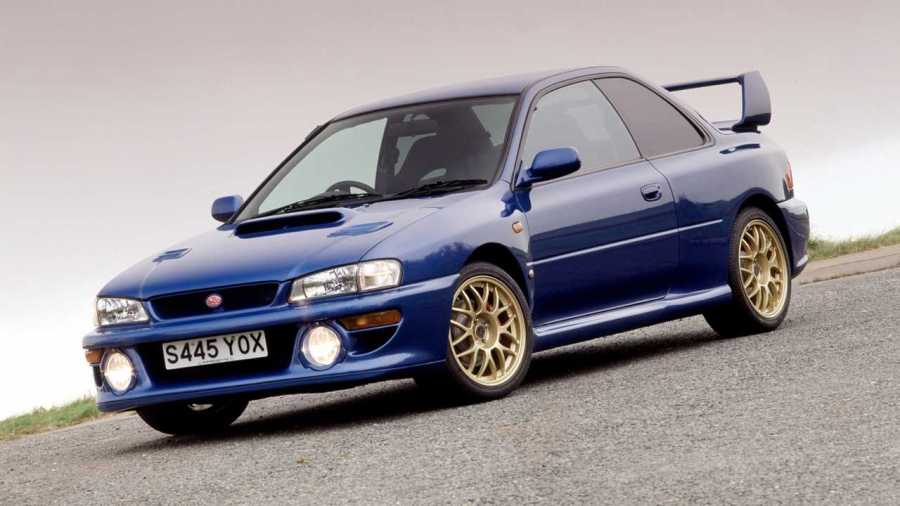 Nothing short of a retro WRC icon, this is the greatest road car Subaru has ever made.

Making its first appearance in 1997, Subaru’s limited run 22B STi would become the greatest road car the Japanese automaker has ever produced. Made to celebrate Subaru’s 40th anniversary and third consecutive win at the WRC, this was not a homologation car; rather a heavily modified, limited run WRX to celebrate a very important time for Subaru. The holy grail among Subaru enthusiasts, the Impreza 22B STi has gone down in history as a legend amongst the Japanese car community.

With 400 numbered units sold to Japan and 25 labelled for export (425 total), this is an extremely rare car, which was built to prove that after four decades of experience, this is what Subaru was capable of. With a re-engineereed engine and running gear, the 22B STi featured a bored out 7900RPM-redline version of the GC8 WRX’s turbocharged flat-4 engine, with forged internals and a displacement of 2212cc. Producing 206kW of power at 6000RPM, and 363Nm of torque developed 800rpm lower than the STi Coupe, this meant a 0-100km/h sprint of around 4.7 seconds (5.3 tested), with an electronically limited top speed of 180km/h; howver, remove the limiter and the car could continue on to it’s true top speed of 247km/h. No official acceleration times were released.

Weighing just 1270kg, this car was precise. The extrememly sharp steering rack and cornering that glued the car to the road, the 22B STi was unlike any Subaru road car ever produced before it, showcasing a true rally car for the road.

No ABS, no media player, no creature comforts. A very simple interior, Subaru’s vision was simply just the driver and the 5-speed manual gearbox keeping the Pirelli tyres glued to the road.

This car was so popular with the emerging Japanese car market, every single unit was sold within 48 hours of the cars’ release. The Australian customer base only recieved 5 cars, and Subaru Australia kept one for themselves, while the other four were sold for around $132,000 AUD; around three times the price of a standard Impreza WRX at the time, competitively pricing them against cars such as the Porsche 911 Carrera and BMW M3.

A true Japanese icon, values of these now have soared up to well over $150,000 AUD. During a time where Japanese car makers went wild to prove they could make cars to compete with the well established European brands, the 22B STi did exactly that; and Subaru went on to create one of the largest car enthusiasts groups in the world. The cult following has shaped the Subaru brand to what we all know it as today.